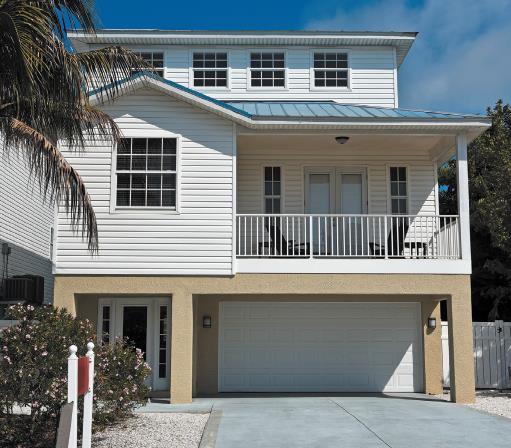 Should you rent a vacation home?

Vacation rentals, whether near the ski slopes or on the beach, can be a great way to create memories with family and friends. It’s never been easier to find the perfect place at an affordable price thanks to websites like Airbnb and VRBO. As with everything else, though, there are potential legal issues you want to be aware of going in.

For example, what happens if you get hurt while renting? Chances are you’re not going to get an opportunity to inspect the property beforehand, and there could be hidden hazards, such as poorly mounted shelves, loose  floorboards, steps that aren’t up to code, and a whole host of other potential traps. You’re certainly not going to be able to tell from pictures on a website. If, for example, a shelf fell on you as you slept or you tripped on an unlit stairway, who’d be at fault?

If you were staying at a hotel, the hotel owner would be responsible. When you have a short-term lease on a house, apartment or condo, it’s not as simple. It may be the property owner. If you’re renting a place for
the weekend from a long-term tenant, it may be the landlord. If you’ve rented through, say, Airbnb, you may have a claim against the company.

In most cases, the property owner will be responsible. But even then, you have to be able to prove the owner was “negligent.” In other words, you need to show the owner either was or should have been aware of the defect and failed to take reasonable steps to fix it.

What if you decide to host a small party at your rental and one of your guests gets hurt? If it’s because of one of the hazards mentioned above, the owner probably is still responsible. On the other hand, if you caused
the injury by failing to wipe up something that spilled on the floor, you potentially can be held accountable.

Of course, it’s not always that simple. For example, the Virginia Supreme Court recently ruled that the owner of a beach house wasn’t responsible for injuries suffered by an 82-year-old renter who tripped over a raised lip dividing a carpeted floor from a tiled one.

The court found that the owner, who had apparently been told about the lip before, shouldn’t be held to the same standard as an “innkeeper” and that a landlord-tenant standard applied. Under that standard, a landlord has no obligation to maintain safe conditions for premises under a tenant’s “exclusive control,” which the court found the renters had at the time.

Even if you’re hurt and can hold the owner accountable, there’s still the tricky issue of collecting damages. In Airbnb rentals, the company provides the owner up to $1 million in coverage per incident, though it won’t cover damaged or stolen valuables, harm to pets or intentional acts. If you attend a party at someone’s beach rental and a drunken, out-of-control guest decides to take a swing at you, your injury probably won’t be covered.

Meanwhile, if a tenant in an apartment building rents out a unit on Airbnb and the renter gets hurt, coverage of the injury may be in question, particularly if the landlord hasn’t authorized the tenant to rent out the place.

On the other hand, if you’re not staying at an Airbnb or VRBO rental, then the owner’s homeowner’s insurance policy might cover the injury. However, that’s only if the owner’s insurance covers injuries stemming from the commercial use of the property, and many policies don’t. If the policy excludes coverage for homeowners running
businesses from their homes, the insurer likely will deny coverage.

Most likely, the rental you decide on will be fine and you’ll have a great time. You’ll still want to find out ahead of time what kind of insurance the property owner has. If you do get hurt during your stay, you’ll want to document everything and call a personal injury lawyer right away to find out what rights you have.

Preventing a will contest

When you write a will, you have control over how your assets will be distributed after your death. However,
if someone in your family disputes your will, an anonymous probate court judge could end up with the final say over who gets your property.

Emotions run high when someone dies. If family members aren’t content with what they’ve received, or don’t believe your wishes are being interpreted properly, they may contest your will.  Will contests can drag out for
years, preventing your heirs from getting the assets you wanted them to receive.

As part of creating an estate plan, look for ways to reduce the possibility that someone could challenge your wishes. Here are some steps you can take to ward off a will contest after your death:
1. Start early. Make your estate plan while you are of sound mind. If you wait until your health is failing, or
your mind is impacted by an accident, your will becomes vulnerable to claims that you lacked sufficient mental
capacity to draft it.
2. Prove competency. When you write your will, you can ask a physician and/or your attorney to certify that you are mentally competent. A video record at the time you sign the will can also help demonstrate you acted with a clear head, of your own free will.
3. Get qualified legal advice. There are do-it-yourself books and online tools available for writing your will. But using an estate planning attorney is the best way to ensure it is properly executed and valid. If you do choose the DIY route, have it reviewed by a lawyer.
4. Consider trusts. There are a variety of trusts that direct how your assets are managed, held and distributed to your heirs. With a trust, you generally can avoid probate and increase control over how your estate is settled. Your heirs will receive their inheritance more quickly and privately, with potentially fewer costs to the estate.
5. Write your will without interference. Avoid complaints that someone exerted undue influence over you when you wrote your will. To help avoid such contests, don’t have your beneficiaries sign as witnesses and don’t include them in meetings with your attorney.
6. Share your intentions. Consider talking to your family about the intentions in your will. Let your heirs know why you’ve designed it the way you have, or write an explanatory letter to accompany your will. Generally, what you put in the letter will not have a legal effect on your will, but it can help family members accept your choices.
7. Include a no-contest clause. A no-contest clause stipulates that anyone who contests the will, and then loses that contest in court, is disinherited from what they would have otherwise received. No-contest clauses aren’t enforceable in all states, and they’re only effective if you’re leaving your heirs enough value that they wouldn’t want to risk the challenge.

Once your will is complete, don’t just file it away. Sit down with an attorney regularly to make updates that reflect your current situation. Changes such as moving, having grandchildren, or losing a loved one can impact your plan.

Divorce can be diffcult in so many ways.The breakup of a relationship that was supposed to be “’til death
do us part” can be emotionally devastating. Depending on the circumstances, there can be a lot of pain, anger
and recrimination. And if there are kids, there’s an additional level of complexity.

Then there’s the issue of dividing up property, which can be even more difficult considering the emotional
factors. When most of us think of property division, we just think about our bank accounts, our house and
our investments and we often think we can divide these things on our own. Often, there are assets that are
overlooked and that’s why it’s important to have your own attorney who can help you identify and value these
assets for a more equitable split.

For example, it may be easy to split up the house, but how easy is it to split up the furnishings? After all, these
items each have their own financial value that needs to be appraised to ensure they’re properly considered.

The same thing goes for pets and even livestock. What about wedding gifts? Or employee benefits? Don’t
assume that things like retirement accounts, stock options and pension benefits can’t be valued and split.

Maybe you and your spouse belonged to a golf club or a country club as a couple. Who gets to keep the
membership, and how much does the other spouse give up to let it go?

Perhaps, as a couple, you loaned money to friends or family. The right to collect on this debt can be considered
a marital asset, and that needs to be given a dollar value as well. So do things like unused credit card rewards
points and frequent flyer miles. Even things with primarily sentimental value, like framed family photos, art,
collectibles and family keepsakes need to be considered.

Depending on your situation, you might want to just let some of this go without nickel-and-diming each other
and elevating the level of acrimony. But it’s still important for you and your soon-to-be-ex spouse to appraise everything so your attorney can protect your interests and help you ensure the fairest division of property possible.

Annual or semi-annual employee reviews can be helpful in documenting worker issues to justify actions
you might take, and in protecting yourself against potential lawsuits by disgruntled workers. They also
can help your workforce identify ways to improve its productivity and professionalism.

But if you go about the review process the wrong way, you may turn what you view as a shield against
employment suits into a sword for terminated, transferred or demoted workers. Th at’s because they can use
employee reviews as evidence to show you treated them differently from another worker with similar qualifi- cations and that you did so based on their race, religion, ethnicity, gender, disability or other membership in
what’s known as a protected class.

This is why it’s important to have an employment lawyer audit your review process and help you create
a review policy to ensure that all reviews back up your assessments with meaningful performance metrics.

For example, you want to make sure a review shows not only how many projects an employee completed, but whether they met or exceeded expectations or whether they fell short and why. It’s best to have criteria
that are as objective as possible. That way, if an employee is justifiably passed over for a promotion in favor of
someone else and claims you discriminated against him based on his membership in a protected class, you have
evidence to help counter the allegations. If, however, your documentation is vague and subjective, it provides
fuel for the employee.

Additionally, you want to make sure your reviews are consistent. For instance, do employees with similar
responsibilities have different supervisors? Make sure your managers are provided specific, objective evaluation
criteria and are trained on how to use them, and that you’re documenting such training. That way, the
reviews provide a meaningful comparison not only for helping you make personnel decisions but to demonstrate
to a court that you’re treating employees fairly.

Finally, it goes without saying that all reviews should be written, dated, signed and kept on file. Talk to an
employment lawyer where you live to find out more.